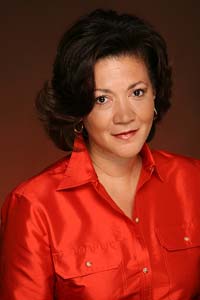 Michele Norris is one of the most trusted voices in American Journalism. Her voice informs, engages and enlightens  listeners with thoughtful interviews and in depth reporting as one of the hosts of NPR’s flagship afternoon broadcast, All Things Considered. Michele uses an approachable interviewing style that is at once relaxed and rigorous. She’s interviewed world leaders, Nobel laureates, Oscar winners, American Presidents, military leaders, influential newsmakers and  even astronauts traveling in outer space.

In her first book she turns her formidable interviewing and investigative skills on her own background to unearth long hidden family secrets that raise questions about her racial legacy and shed new light on America’s complicated racial history.

Before joining NPR in 2002, Michele spent almost ten years as a reporter for ABC News in the Washington Bureau. She has also worked as a staff writer for the Washington Post, Chicago Tribune and the Los Angeles Times.

Michele has received numerous awards for her work. In 2009, she was named “Journalist of the Year” by the National Association of Black Journalists. NABJ recognized Norris for her body of work, in addition to her coverage of the 2008 presidential campaign — when she co-hosted NPR’s Democratic presidential candidates debate, covered both conventions, anchored multi-hour election and inauguration live broadcasts and moderated a series of candid conversations with voters on the intersection of race and politics. That series earned Michele and Morning Edition Host Steve Inskeep an Alfred I. Dupont -Columbia University Award for excellence in broadcasting. Norris was honored with NABJ’s 2006 Salute to Excellence Award, for her coverage of Hurricane Katrina; the University of Minnesota’s Outstanding Achievement Award; and the 1990 Livingston Award for a series about a six-year-old who lived in a crack house. That series was reprinted in the book, Ourselves Among Others, along with essays by Vaclav Havel, Nelson Mandela, Annie Dillard and Gabriel Garcia Marquez. She was named one of Essence Magazine’s 25 Most Influential Black Americans in 2009; elected to Ebony Magazine’s Power 150 list in 2009; and honored with Ebony’s 8th Outstanding Women in Marketing & Communications Award, in 2007.

Norris also earned both an Emmy Award and Peabody Award for her contribution to ABC News’ coverage of 9/11. She is on the judging committee for both the John Chancellor Award for Excellence in Journalism, and the Livingston Awards. Norris is also a frequent guest on Meet the Press and The Chris Matthews Show on NBC.

She attended the University of Wisconsin, where she majored in electrical engineering and graduated from the University of Minnesota in Minneapolis, where she studied journalism. She lives in Washington D.C. with her husband Broderick Johnson, an attorney with their two young children and an adult step-son.

The Grace of Silence: A Memoir is Michele’s first book.