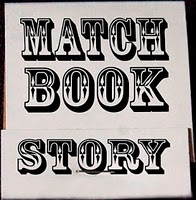 Shorts bursts of creativity are all the rage right now in the age of email, twitter and face book. It is hard to be profound in 140 characters or less, but lord knows a lot of people try. Given the success of twitter it’s no surprise that we’re starting to see adventures in micro-publishing. There’s a cook book called Eat Tweet in which more than 1,000 recipes are spelled out as tweets. That’s right — Every ingredient and instruction is shrunk down to a maximum of 140 characters. Somehow it works.

I have always loved short stories. I was floored the first time I read Flannery O’Connor and return to her books over and over again. I love Kurt Vonnegut’s novels but his collection of short stories in Welcome to the Monkey House is the one I most cherish. The powerful short essay, Sonny’s Blues, is James Baldwin at his best. Maybe it has something to do with my busy lifestyle — I have to read so much for work that I don’t have enough time to dive into my own reading list — but short stories provide instant gratification. The are the literary equivalent of fast food or the roller coaster ride that ends sooner than you’d like but just before it’s more than you can handle. Perhaps that is why I flipped when I discovered an example of micro-fiction so small it’s published inside a book of matches. 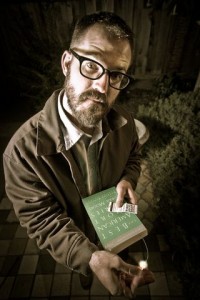 Match Book Story is a literary magazine, edited by Kyle Petersen and distributed for free, thanks to advertising on the back side of the matches. The copy I picked up in Santa Cruz, California during my book tour was sponsored by a local restaurant called Cafe Delmarette. Petersen, a creative writing grad, who works in bookstores in the Santa Cruz area, told a local paper his “magazine” helps bring literature to those who hang out in pool halls, taverns and after-hours clubs but don’t spend much time cruising the racks at a book store. He accepts submissions for future issues at his website https://matchbookstory.blogspot.com/.

It’s a great idea. Kudos to Kyle Petersen for his ingenuity. I hope the idea catches fire and spreads across the country.

Before I spoke at Bookshop Santa Cruz in Northern California, I was given a copy of Match Book Story, Issue #3. The winning submission for that “volume” was written by Susan McCloskey of Santa Cruz.

She read him poems. Haikus on post-its.
Syllables stood in for beats, hits
taken, mad words thrown. Once done,
she let the paper go in the breeze.
Some would lift and leave with the
wind. Others came back to her and
stuck. It had been the same with their
love. And also, his ashes.

You can find out more about McCloskey and hear an interview about her story at https://matchbookstory.blogspot.com/