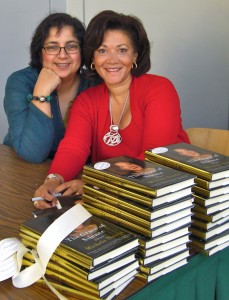 Ok, that’s my play on Michele’s 6 word challenge. She’s looking for stories about race in 6 words and you can see some of the submissions on this website.

But what she really wants folks to do is to sit down and tell stories to each other, the stories that we file away, or bury or consider unimportant or we just don’t get round to telling. It’s a simple charge but it’s actually really hard for so many people to do. Why is that I wonder? In a world where it seems everyone has something to say and an outlet to tell it why are those stories that are closest to us, that happened in our own homes in our own families so hard to tell? That, of course, is what she has done with her own remarkable story “The Grace of Silence”.

Michele and I have often talked about the stories that reside in our own lives that we haven’t really tapped. It’s silly if you think about it. We are journalists – our whole professional lives have been spent persuading people to tell their stories to us. What could I tell you about my own family’s history? Well, my parents are the children of partition, when British India was carved up into India and Pakistan in 1947. An estimated million people were killed during this time and millions more became refugees, Hindu Indians moving from what became Pakistan and Muslims fleeing predominantly Hindu India for Pakistan. But what I didn’t know until this Spring was that my dad was one of those refugees, a 12 year old boy who left his home (in Pakistan) ended up in a refugee camp on the border before he and his family made their way to the India side of the new border.

Now why didn’t I know that? “It never really came up” was my father’s response. It came up this year because I was making a trip to Pakistan and unbeknownst to me I traveled along the very road that my father had as a fleeing refugee. I’m stunned and a little embarrassed that I didn’t know that.
So, this fall I took Michele’s guidance to heart. I sat down with my 75-year-old father, my two twenty something nephews and a tape recorder. I just wanted him to start talking and if he was prodded by my nephews all the better. I found out he was quite a rogue youngster. He had dreams and ambitions and he wanted to follow them. He aspired to act and he put on some plays with his pals. He left home very early looking for work. His parents weren’t thrilled, and he was hardly prepared with only one really warm woolen suit to get him through those tough interviews! My father sweet talked his way into work that ultimately led to his hiring by the Indian Foreign Service. That job allowed him to travel and he ended up in England – which is our home and has been for almost 50 years.

I learned all this on a beautiful, sunny fall Sunday (a rarity in London). We were in the garden and he was eating lunch. Once he started talking he was on a roll. I could see my nephews were learning things they did not know about their grandfather. I’m not sure that I want them to be as rogue as he was but he relished the storytelling. We didn’t get the whole story, but it was a start. And this is where we get back to my opening line – GOOD FOOD RELAXES TALK STORIES FOLLOW – people are just more open and more comfortable talking over food. Certainly my dad was. This was just the beginning, the early years over a light lunch. I plan to drill down on his story. I can’t wait to find out what we learn over a full blown meal.