The Journal Gazette- Race Card has U.S. talking A cancer being treated with aspirin. 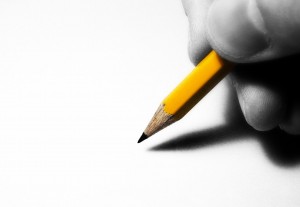 • Write your future in pencil. “It is important to have a plan and to write it down, but be careful. Opportunities present themselves that you might not have imagined. What looked good might not look as good and what wasn’t a possibility might be attained.”

• Listen. “If you shut up long enough to let someone else say something, you are a vessel for knowledge. If your goal is to create a conversation or maintain a conversation or dialogue, then you have to be willing to listen. Talking is only half of that.”

Norris is scheduled as the keynote speaker to the Jacksonville Women’s Network Thursday evening at the Southpoint Marriott.

“They want me to talk about communication and how we talk to each other and what we say in the silences,” Norris said in a telephone interview last week.

Norris said that while expressing oneself is important, equally important is the “intake valve.”

“Listening is active. It is a verb,” she said, “It is a skill. If it is underappreciated or undervalued, it is underdeveloped.”

Norris is well known among NPR listeners. She joined “All Things Considered” a decade ago and was named the 2009 “Journalist of the Year” by the National Association of Black Journalists.

She has stepped away from the program until after the 2012 presidential campaign, while her husband takes a position as a senior campaign adviser. She continues to report and produce projects.

She has also served as a correspondent for ABC News and a staff writer for The Washington Post, the Chicago Tribune and the Los Angeles Times. She has earned journalism awards that include an Emmy and a Peabody Award.

Norris authored a 2010 book, “The Grace of Silence: A Memoir,” to focus on how America talks about race in the wake of the Obama presidential election. She also explores her own family’s racial legacy. It was named one of the year’s best books by The Christian Science Monitor.

She also is leading “The Race Card Project” at her website, www.michele-norris.com.

The project is to collect and post people’s thoughts, in six words, about race.

Norris said her six words change all the time. One is “still more work to be done.”

Her talk in Jacksonville, with the theme of communications, will include “how we talk to each other, what we say, what we don’t say, how we say it.”

She also will share insights into how electronic communication has become easier and faster, but not long-lasting.

“In some cases, it would be easier to send a quick thank-you email or an atta-girl,” she said, but sometimes, the hand-written words mean more.

“I have a letter on my desk to somebody who is coming up on an anniversary of a loss,” she said. A letter is “something to hold onto.”

She also said she likes the act of writing and she holds a strong opinion on teaching children cursive writing.

“A number of school systems are moving away from teaching cursive and that feels like one step from the end of the world,” she said.

“I think it’s worthwhile to learn how to write cursive and not just because you learn how to make curlicues, but it is a skill of concentration and it focuses the mind. Writing things in longhand creates an indelible memory,” she said.

Norris reflected on working in a newsroom with editors that forced her to be precise and to “think very carefully about a headline or a cutline.”

Norris also will talk about the changing “media diet,” especially among young people.

In speaking with students, Norris asks about their news consumption. “They don’t read newspapers. It’s not part of their currency,” she said.